A Night at Karlštejn 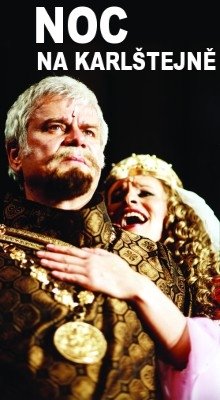 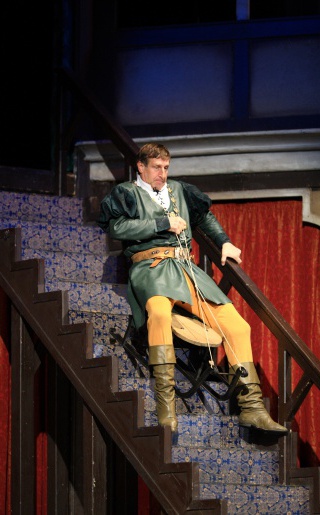 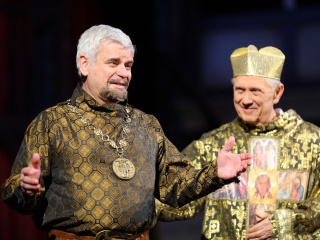 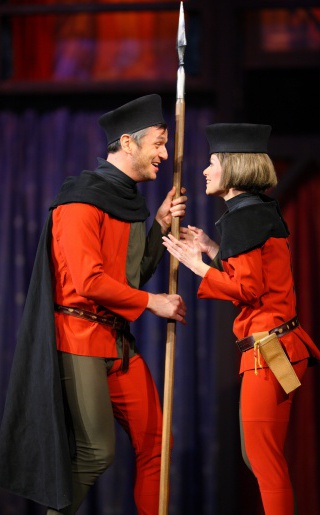 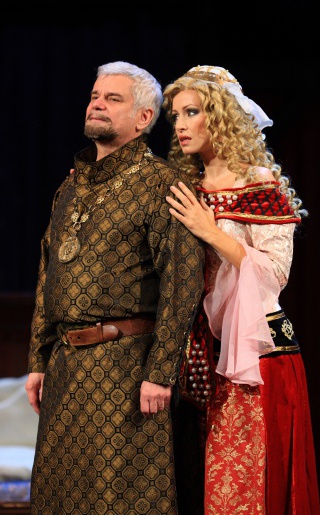 A Night on Karlstejn was written by Jaroslav Vrchlický in 1883 at the age of 29. Though young, he was able to understand the relationship of the older King Charles IV and his young wife very well. His previous love, Sophie Podlipská (Karolina Světlá's sister), almost withstood the temptations of the young poet and as a "compensation" she raised him a daughter, Ludmila. Ah, the good ol' days...

The play was first produced one year later, in 1884, at the Royal National Theatre in Prague and has stayed in the repertoire of Czech theatres (without any long breaks) ever since.

At the beginning of the '70s, director Zdeněk Podskalský was invited to join a dramaturgic meeting at the Barrandov Film Studio. Subjects drawing on Czech history were (during normalization) considered to be "the most unhealthy." Podskalský, then, suggested A Night at Karlstejn. He wrote his own script and worked with composer Karel Svoboda and lyricist Jiří Štaidl, both just starting out at the time. The result was a veritable cult hit.

The new management of Karlín decided to stage an adaptation of this film in 2004 in the courtyard of Nostic Palace. A huge success, the musical has graced our stage ever since.