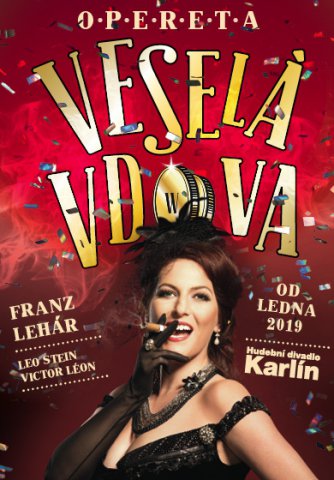 Hanna Glawari is a vastly wealthy young widow from the small and poverty-stricken Balkan province of Pontevedro. Ambassador Baron Zeta is anxious that when Hanna re-marries, it is to a Pontevedrian and not a Frenchman, to keep her money in the country and save them all from ruin. The obvious choice is Count Danilo, but there is a problem. They are exes, and he is too proud to marry her for her money.

Misunderstandings and comic intrigue abound when it transpires that the Baron's wife, Valencienne, is having an affair (and with Frenchman Camille, Count de Rosillon, no less!) and Hanna steps in to save the married lady's reputation. When Hanna claims that it is she who intends to marry Camille, the Pontevedrians despair, but Danilo is forced to recognise the extent of his feelings for her. How will it end? Will they? Won't they?

Lehár's score for The Merry Widow skilfully interweaves different musical colours to reflect the two contrasting cultures in the operetta's plot. He vividly paints the glamour of Parisian society at the turn of the 20th century with can-cans, galops and glorious waltzes, while rustic and folk elements (including a traditional 'kolo' dance for Hanna and Danilo) represent the Balkan state.

The Karlin Musical Theatre in coproduction with the Theatre J.K.Tyla in Pilsen will open this operetta January 24, 2019, starring Lívia Obručník Vénosová, Pavla Břínková, Jan Ježek and Aleš Briscein and many others operetta stars.