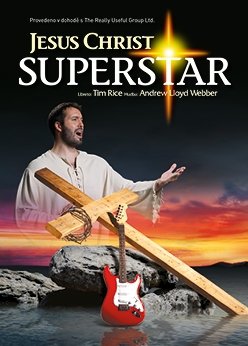 The musical/rock opera Jesus Christ Superstar was created by lyricist Tim Rice and composer Andrew Lloyd Webber in 1969. It tells the story of the last days of Jesus from his arrival in Jerusalem to his crucifixion. Unsure about the reaction of religious people and the Church, the producers first released an album featuring songs from the musical. Only after that did the musical premiere in London's West End and later on Broadway. Four years later, Norman Jewison made a film version of the stage musical. A newer version was directed by Nick Morris in 2000.

Jesus Christ Superstar first premiered in Prague on July 24, 1994, at the Spirala theatre.

Casting took place over five long days at the Karlín Musical Theatre at the end of March and beginning of April 2010 during which the creative team screened almost 600 hopefuls. Final selection took place in May in the presence of American director Gabriel Barre.